The following speech by Cynthia Longs was delivered at the SURJ press conference held in front of the Santa Clara County Main Jail on November 12th, 2021. The community call was to county elected officials to not build a new jail.

My name is Cynthia Longs. I am an impacted family member, a member of the Santa Clara County Care First, Jail Last Coalition,  a De-Bug advocate and an engineer. My son has been in the main jail for over 2 years. I am familiar with the justice system because my brother spent time inside jail and prison more than 7 years ago, but I did not understand how bad things were. Now that my son is locked up, I’m experiencing the system fully. I read the police reports and attended court. It’s so unfair.

It is important to stop the building of a new jail, because innocent people are locked up and treated inhumanely, while waiting for their court date. These people are innocent until proven guilty.

My son waited for over a year before having his case heard. Attending court, I saw how the DA is a major part of the systemic racism plaguing our courts. Here, the DA overcharges Black and Brown people. Then you have the plea deals which folks take because they are desperate to get out of jail. The plea deals are very racist because Black and Brown people are given more time and bad deals. This is how Santa Clara County jails feed the prison system.

It has been horrible, a nightmare, having my son locked up, seeing how dirty the jail is and being exposed to a system with so much money. But in spite of the filth, to keep our family sane, I take my 6 year grandson to see his father every weekend when I can. The separation has been very hard on both of them, and our family.

The fact that Blacks are 4 times more likely to end up in jail and Latinx are 2.5 times more saddens me, but it's no surprise. We see it all the time on the streets. We are pulled over and stopped more, so we have to teach our children how to deal with the police when they get stopped.

As I reach out to friends to get their support and prayers, it surprises me that I get so much sympathy. Most of my friends know of someone Black or Brown who is locked up in jail or prison, so they understand.

We at De-Bug have been addressing these issues in this jail since 2015 - just a little before the time that Michael Tyree was murdered by correctional officers. Families had been coming to De-Bug about the horrible conditions in the jail and have been organizing since then.

Shutting down the new jail is a necessary step to get to the real conversation of what the alternatives to incarceration should be. You would think that the justice system here in San Jose, CA would not be, as bad as, Mississippi where I grew up, but it is worse.

It's time for a change. We don’t need a new jail. We have two other jails. IF THEY BUILD IT, THEY WILL FILL IT. 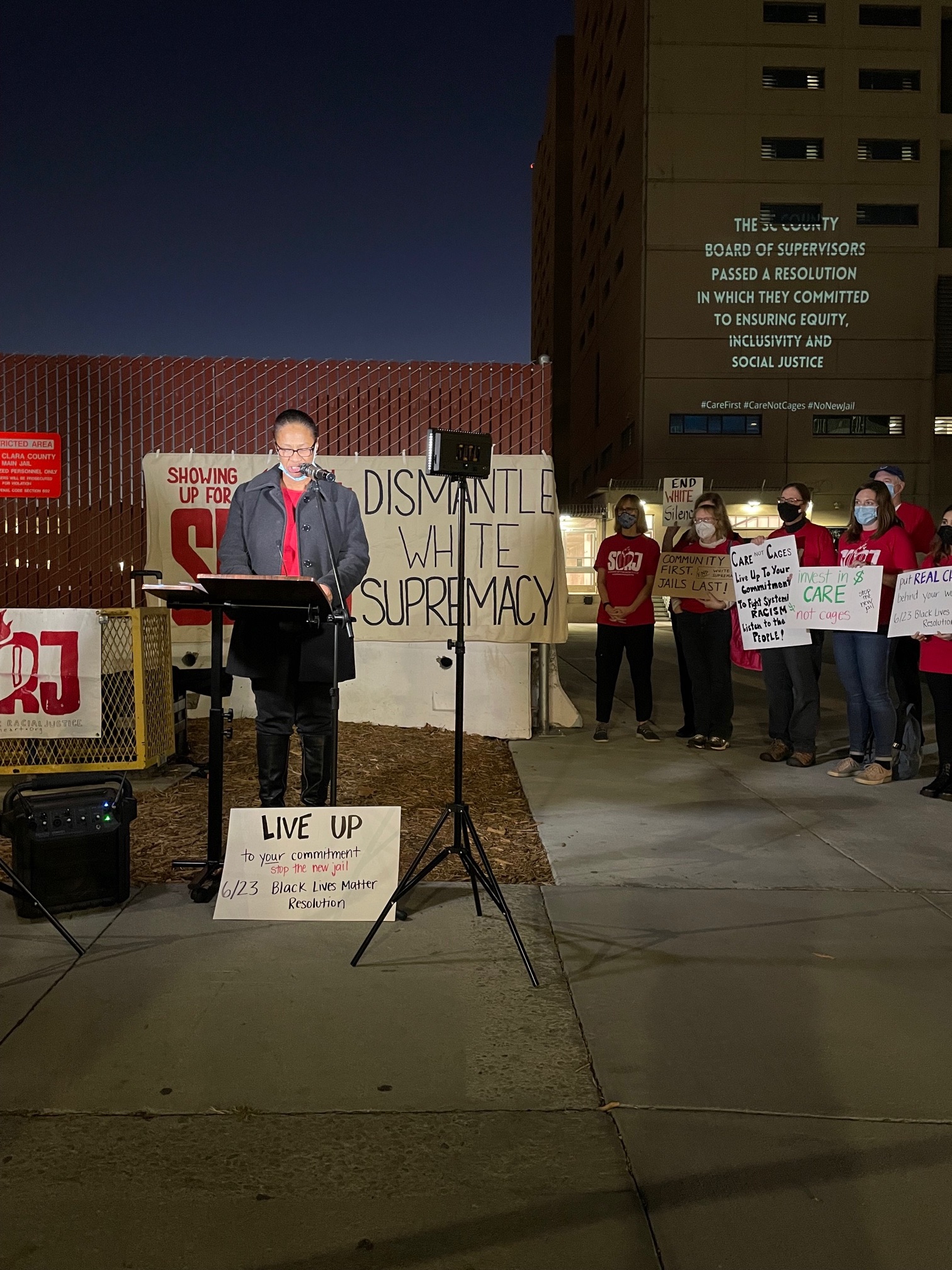 Cynthia Long is an engineer, community advocate, and mother of a son currently held in Santa Clara County Jail.