Joey has been fighting for his brother Hugo's freedom for nearly a decade. Hugo was sentenced to 105 years to life after he was wrongfully prosecuted by the DA using racist gang allegations. This week Joey testified at a state hearing to share Hugo’s story for why the Racial Justice Act should be retroactive and racism, like Hugo experienced, should not exist in the courtroom.

Below is the full testimony shared at the state Assembly Committee on Public Safety  hearing for the Racial Justice Act.

My name is Joey Rodriguez, a De-Bug family member. I am here today to give my brother Hugo Chavez a voice in the presence of this committee.

Hugo was raised in an immigrant household within a predominantly hispanic community known as the Alma community. At the age of 31 Hugo had a career in biomedical technologies and no prior criminal convictions.

Unchecked racial bias from the prosecutor and law enforcement gang experts during trial led to Hugo being found guilty of a murder he did not commit and resulted in a sentence of 105 years to life. I ask this committee to carefully consider the following examples from the trial proceedings in which he was the defendant.

The court did not address, in any way, shape, or form, the obvious racial bias behind this juror’s concerns. These tactics used by prosecutors and officers in court convinced the juror that all Hispanics from a particular population with bald heads and tattoos are gang members. This happened before any direct evidence was presented in the trial. The juror could not have come up with a fair and impartial conclusion about Hugo without having seen direct evidence.

This committee has the authority to give Hugo and so many others a chance at a fair trial without racial discrimination, bias, or misrepresenation by making the Racial Justice Act retroactive.

Thank you for your time and your sincere consideration. 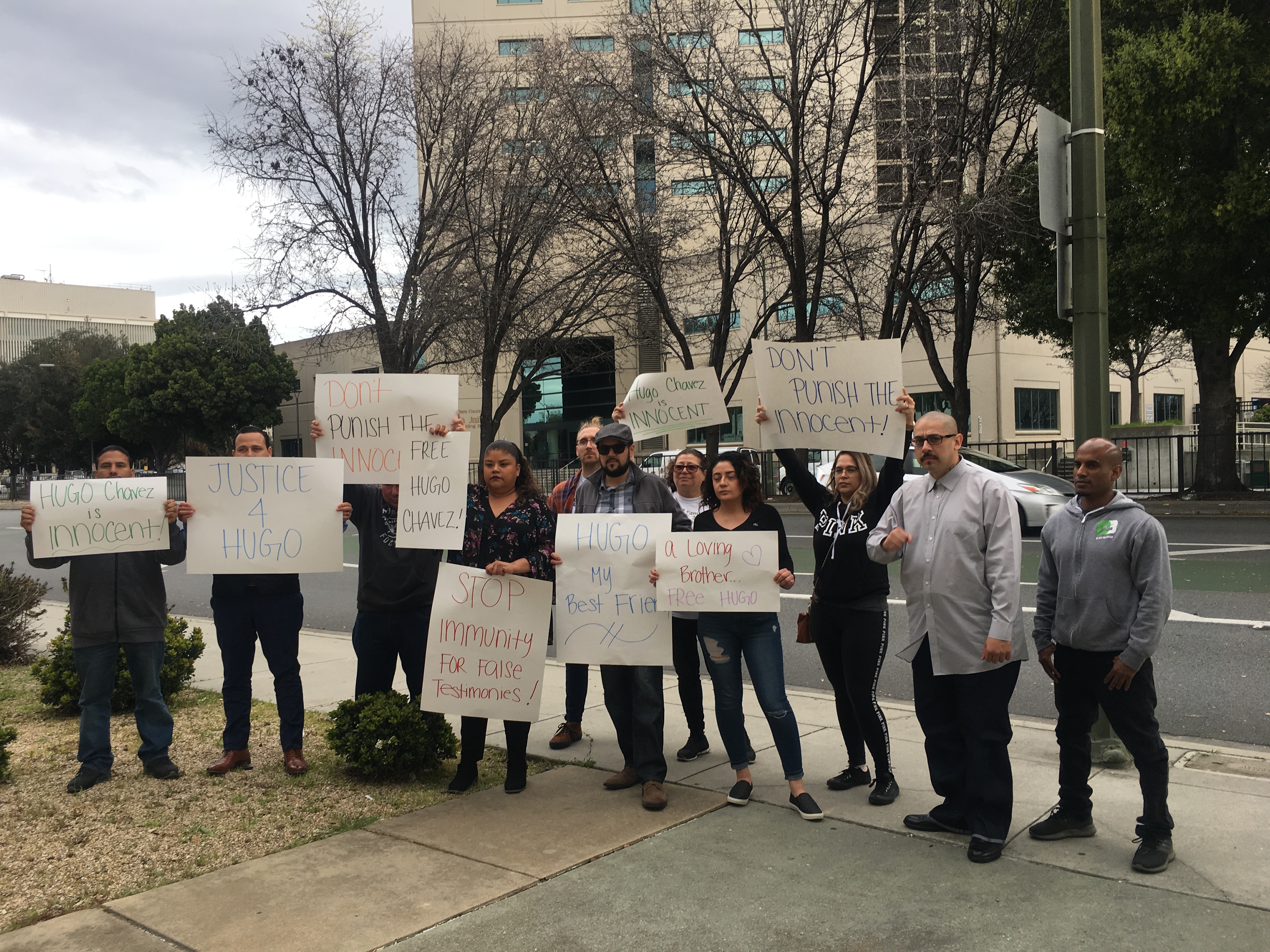 Family and supporters of Hugo rally outside SCC Courthouse.