New York’s BlindFold Law Is a Denial Of Justice, and Leaves Our Communities in the Dark

Jason Del Aguila is an organizer for VOCAL-NY, a co-founder of El Grito De Sunset Park, and a coordinator of participatory defense in New York.

In my almost ten years of Know Your Rights and Copwatch trainings, and over three years experience in facilitating Participatory Defense, a community organizing model for individuals and families to strengthen their defense against criminal charges, I am all too familiar with the most common situations that escalate into the needless criminalization of marginalized communities. 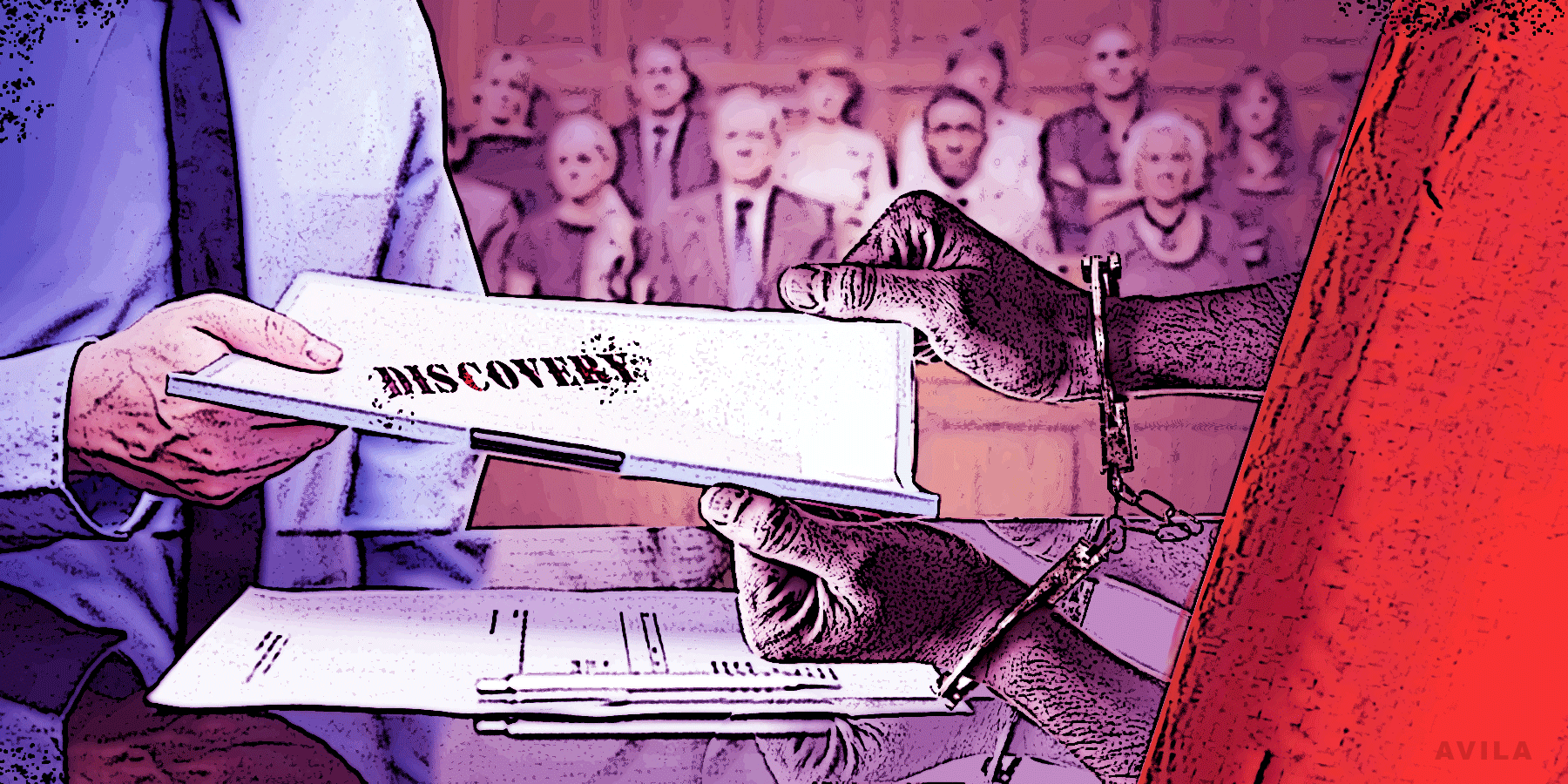 Having witnessed up close and personal miscarriages of justice that have destroyed lives, it is clear to me that New York’s Discovery Laws need to change. Sensible laws would allow those facing charges to view the evidence mounted against them when facing an allegation. Having access to that evidence can have a profound effect on how the defense would approach their case, and surely bring down the number of pleas taken in legally manipulative circumstances. If New York wants to take a step into having more sensible laws, it must end the Blindfold Law that hides discovery up to the time of trial.

Too many times have I seen the look of desperation and impotence in the faces of defendants, too young, too poor, too overwhelmed to have faith in the system that has already done them wrong. It becomes worse when they realize that their “discovery” file, which holds all the alleged evidence on their case, is being held hostage by the same people who aim to convict them. Community members facing charges are expected to maintain blind faith in the criminal justice system. This faith is based on the myth that when the system is left to its own devices, the truth will come to light and justice will prevail. But the truth is, with the facts being kept at the DA’s discretion, there can be no realistic expectation of justice. With over 90% of cases in NYC never going to trial, it is clear that faith in the criminal justice system is a luxury most can’t afford.

Time and time again defendants are manipulated into making uninformed decisions that will affect their lives forever. This results in taking the plea to minimize blowback on their lives, their loved ones lives, and in effect, the life of their community.

Let me walk you through a common situation for those most impacted by the criminal justice system. As a young person of color you would be approached by an officer accusing you of something, you deny their accusation and get into a verbal back and forth. You and the officer may both say things that may not change the outcome of the incident but can change the outcome of the case. After your arrest, the officer will write an arrest report which would then be in your discovery file.

At your arraignment, the judge will inform you of the prosecution’s charges (which may have changed since their review of your arrest report), plea deal, and bail options; all of which are supposedly based on their review of your discovery file. The information on that file can make or break your defense, and yet you and your attorney have no legal right to it until the eve of trial. In the meantime, your case goes through repeated, what seems like endless, court dates in a span of six months or more, depending on their adherence to speedy trial. Meanwhile, you may be detained pretrial, and your life outside is falling apart, even without being convicted of anything.

Most working class families and marginalized communities are looking for the quickest, least costly way to get their lives back to normal. Forced to make a decision under these circumstances, the defense can either hold out for trial, when the defense has access to discovery and can finally use it in your defense, or take the least punitive immediate option of taking the plea deal. Either way, defendants are forced to take a leap of faith that actual justice will be served.

The process is designed to wear defendants out, and people get overwhelmed with making court dates for an arrest that has already negatively impacted their employment, schooling, housing, and other vital resources for basic living conditions. New Yorkers currently caught up in the criminal justice system can expect to be pin balled through a system that aims to follow through with accusations and intimidate defendants into taking a plea.

After months of court dates (and tax dollars) it is common for the judge and the attorneys present to tell you “this is a good deal, probably the best you’re going to get”, that “trial can be worse.” The trial may even take longer than all these pretrial proceedings, and you’d be facing the maximum sentence. You would be expected to make a decision without seeing your own discovery files leaving defendants blind to their case, and attorney’s with little or nothing to challenge.

Any efforts to challenge the facts behind the accusations, charges, bail decision, incarceration time, and placement are not readily available. A defending attorney can make a motion to view the discovery, and the judge would have fifteen days to comply or respond with a reason as to why not. This kind of prosecutorial sabotage has perpetuated a culture of taking pleas to minimize blowback (to their case and careers). That culture has facilitated a trend where defendants distrust their public defender or court appointed attorneys, believing they are in cahoots with the DA’s office for their own personal/professional gains. However the reality is defenders are as in the dark as their clients due to the Blindfold Law.

After considering all the possibilities, and their lack of resources for a stronger defense, taking a plea seems like the least damaging among bad options. When taking a plea, the judge asks you if you are aware that you are signing off on a conviction, that you have waived your right to trial, questioning witnesses, and arguing your case. In hopes to end the waste of time, money, and opportunities, most defendants reluctantly accept the plea, essentially keeping the criminal justice beast fed and maintaining an unjust system that serves the careers of few and degrades the lives of entire communities.

Providing the defense access to discovery, besides catching us up to the rest of the country, would be a step for self proclaimed progressive public officials to put lasting actions behind their trending words. Filling that major gap in due process would allow lawyers to navigate pleas and charges out of the dark. They could then properly assess the details of the case. With more info to discuss, access to their discovery will improve communication for a more confident attorney client relationship. Clients can then make an informed decision and be confident that they have a lawyer that is working with them. We would see less pleas, lower criminalization and incarceration thereby saving tax dollars, and more importantly saving lives and entire communities.

Jason Del Aguila is an organizer for VOCAL-NY, a co-founder of El Grito De Sunset Park, and a coordinator of participatory defense in New York.