COVID testing in the most impacted areas of San Jose is done at the last place most folks would want to go - a police facility. The author calls into question the funds the permanent testing site receives, and who is being served by pop up testing sites.

The Santa Clara County Board of Supervisors unanimously adopted resolutions to show support for the Black Lives Matter movement and declared racism a public health crisis. Yet, the Santa Clara County Board of Supervisors, the City of San Jose, and the Public Health Department continue to support the testing site at PAL (Police Athletic League) Stadium in East San Jose despite low attendance. As of last week, what greets the predominately immigrant, Latino community when they arrive at PAL Stadium is an A-frame sign stating, “REMINDER, THIS IS A POLICE FACILITY.” As if East San Jose residents need such a reminder. East San Jose is a predominately immigrant and Latino community that continues to be unjustly persecuted by police. The decision to host a testing site at a Police facility in East San Jose is tone deaf. 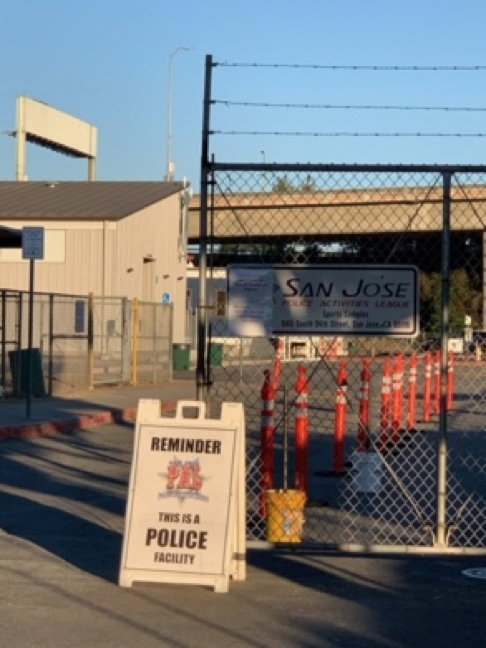 Why this decision matters:

COVID-19 is disproportionately affecting Black and Brown communities across the State, and data from Santa Clara County and East San Jose reinforce and reflect this trend. In addition, East San Jose is one of the hardest hit neighborhoods in the County. In fact, thirty-five percent (1,111) of lab-confirmed COVID-19 cases are from those residing in East San Jose, despite these residents making up only 22% of the Santa Clara County population.

According to the Santa Clara County dashboard, 3 of the highest zip codes report the following (updated on July 26, 2020):

As a response to this alarming data, the County has invested heavily in pop-up mobile testing sites in the Eastside. However, while those sites account for 46% of tests conducted through their pop-up mobile strategy, data on who is getting tested at those sites remains a mystery. In other words, it is questionable whether the Latino community living in East San Jose are actually the ones getting tested.

Meanwhile, PAL Stadium is still the only permanent testing site in East San Jose, despite its low level of trust in the local community and its limited reach in tests completed. Even so, the site continues to receive State, County, and City money to remain open. Both the City, County, and State say the “right” things about equity. Yet when it comes to real action – real action grounded in equity – they prove that their commitment to equity is lip service. They fail to take action and make decisions that demonstrate real equity.

Silver lining: Our local governments, at the County and City levels, have an opportunity to lean on the assets and the relationships in the community. These are homegrown resources in the East San Jose community itself, and not outsourced or imported expertise and leadership. Will they take it?

Related Media:
To the City of San Jose: Divest from Police & Invest in Community
Grocery Worker Chronicles During COVID-19