Stop Tasers from Being Introduced to Our Jails

The Santa Clara County Sheriff is proposing to arm jail correctional officers with Tasers. Aram James and Richard Konda explain why the proposal may have lethal consequences. 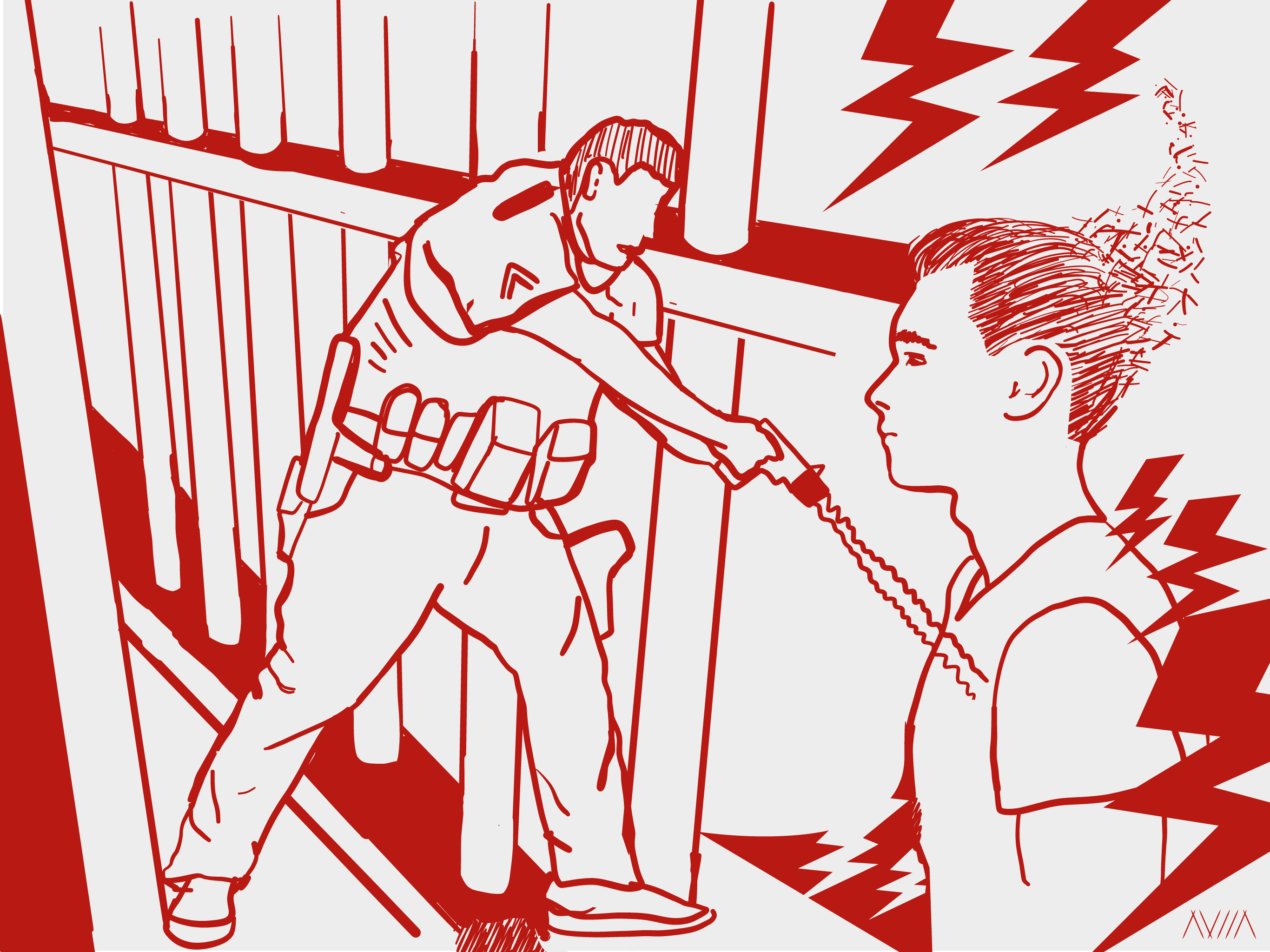 The Santa Clara County Sheriff has proposed that Tasers be introduced in our jails. Tasers are a deadly weapon and are almost always used on unarmed people and should be banned.

As the San Jose Mercury News editorial on May 19, 2017 stated, “The Board of Supervisors should take special note of the risk of Taser use on people who are mentally ill, because a stun gun shock that may just temporarily disable a healthy person may be lethal to someone who is taking medication.  A 2015 study found that nearly 50% of the inmates in the County’s main jail and Elwood facility in Milpitas have a mental illness, and an estimated 650 inmates receive some kind of psychotropic drug on a daily basis.”

Not only are individuals with mental health concerns and prescription drug users more vulnerable to the lethal risk of Tasers, but also individuals with heart issues and other physical limitations are equally vulnerable.   We believe 21st Century Policing (a Department of Justice framework on how to improve police and community relations) is moving away from the notion that more weapons means more safety for officers, prison guards and those incarcerated. 21st Century Policing alternatives embrace, among other progressive reforms, crisis intervention training, rapport building and de-escalation skill building, all of which run contrary to the use of deadly Tasers.

The costs of Tasers, their initial purchase, replacement and repair, training and litigation expenses can run into the hundreds of thousands of dollars each year for the County.   For the time period 2015-2016, the San Jose Police Department spent $319,368 for the purchase of Tasers.  On July 12, 2013, the City of San Jose lost a lawsuit involving the death of Steve Salinas, who died as a result of the San Jose Police deploying Tasers. A federal jury returned a verdict of $1,000,000 in damages to the Salinas Family.  We believe that any monies proposed for the purchase of Tasers should instead be spent on treatment for inmates, and to convert our jails from violent caged facilities to places of compassion and humanity.

According to Truth not Tasers, an organization that monitors Taser use in North America, more then 1,000 deaths have resulted from the use of Tasers by law enforcement.  Even members of law enforcement have recognized the lethal nature of Tasers.

Former Newark, California Police Chief Ray Samuels, in making a decision not to purchase Tasers said the following, “What scared me about the weapon is that you can deploy it absolutely within the manufacturer’s recommendation and there is still the possibility of an unintended reaction.  I can’t imagine a worse circumstance than to have a death attributed to a Taser in a situation that didn’t justify deadly force.  It’s not a risk I’m willing to take.”

In the past, law enforcement officers (trainees) were encouraged to submit to a Taser blast under very controlled circumstances, with spotters on a mat, with eye goggles, and limiting the Taser blast to an area on the back below the neck.  The leading law enforcement think tank, the Police Executive Research Forum (PERF) has said, “Agencies should be aware that exposure to ECW (Taser) application during training could result in injury to personnel and is not recommended.” Many law enforcement agencies who formerly allowed their officers to voluntarily be exposed to Taser blasts during training exercises, have ended such a practice because of serious and career ending injuries to healthy officers, and subsequent lawsuits filed by these same injured officers.

If Tasers are considered too dangerous to use on healthy officers during very tightly controlled training exercises, then certainly Tasers are not safe to use on inmates who suffer from a wide variety of mental and physical conditions that make them particularly vulnerable to injury and death from a Taser blast.

The Sheriff’s position that policy can be drafted to ensure that Tasers can be safely used on unarmed inmates, doesn’t match the reality of the unpredictable and lethal nature of Tasers, and the fact that when used on unarmed individuals Tasers are an inherently dangerous weapon.

Given the recent guilty verdicts of three Santa Clara County Correctional Officers in the brutal murder of Michael Tyree, and all of the other problems and controversies surrounding inmate abuse in our County Jails, the last thing we need to do is introduce Tasers into our jails.

About the Authors:
Richard Konda is the Executive Director of the Asian Law Alliance and the Chairperson of the Coalition for Justice and Accountability.

Aram James is a retired Santa Clara County Deputy Public Defender, a member of the Coalition for Justice and Accountability and a co-founder of the Albert Cobarrubias Justice Project.

Written by
Coalition for Justice and Accountability

The Coalition for Justice and Accountability is a coalition of civil rights organizations, ethnic advocacy agencies, and service providers working together to make Santa Clara County safe for all residents.