To My Dad, the Raiders Will Forever Be in Oakland

It’s a hell of a time to break people in the Bay. As instability reigns – from a stripped vertical mobility, to homes out of reach, and even the ability to remain in the country uncertain – sometimes all we have is a sports team to channel our emotion through. Loyal fans of the Raider Nation are feeling the deep sting of their team up and leaving to chase the money elsewhere. Perhaps feeling it the most, are the fans who like the author’s father have felt like they only got some peace from watching the Raiders.

Growing up, I remember two distinct things about my father: one was his chill demeanor and second he was a die hard Oakland Raider Nation fan. My dad will always have the chill spirit, but with the decision that the Raider organization finalized on Monday March 27, 2017 to leave the Bay Area so went a very important piece of his spirit with the death of the Raider Nation, a nation that seemingly has always represented people like my dad.

My dad watched the Raiders of the 1970’s and was drawn in by the real hard working play of  rebel Kenny “the Snake” Stabler, the no gloves of Fred Biletnikoff, aggressive play of Jack Tatum, and of course our hometown hero two time Super Bowl champion from James Lick high-school Jim Plunkett. These Raider greats gave inspiration to a young Chicano that you could become something no matter where you came from. My dad was a good athlete in baseball and football, but when my grandparents separated during his sophomore year my dad just didn’t have enough support to continue playing so he stopped. Soon after he graduated he began his life with my mom, and had two sons.

My dad is from a generation that did the best they could with what they had to support their family. Not having much time for his own dreams, my dad sacrificed for his family, but still found peace from the stressful Silicon Valley by watching the Oakland Raiders. From bibs to bottles, hats, sweaters, pajamas,  and jerseys – the mystique of the Silver and Black seeped through my household like fog over the Bay Area. And for some reason I liked it.  As a child anything your elder was confident and passionate about was cool to you, to me, my dad was cool because he embodied the Raider Nation. 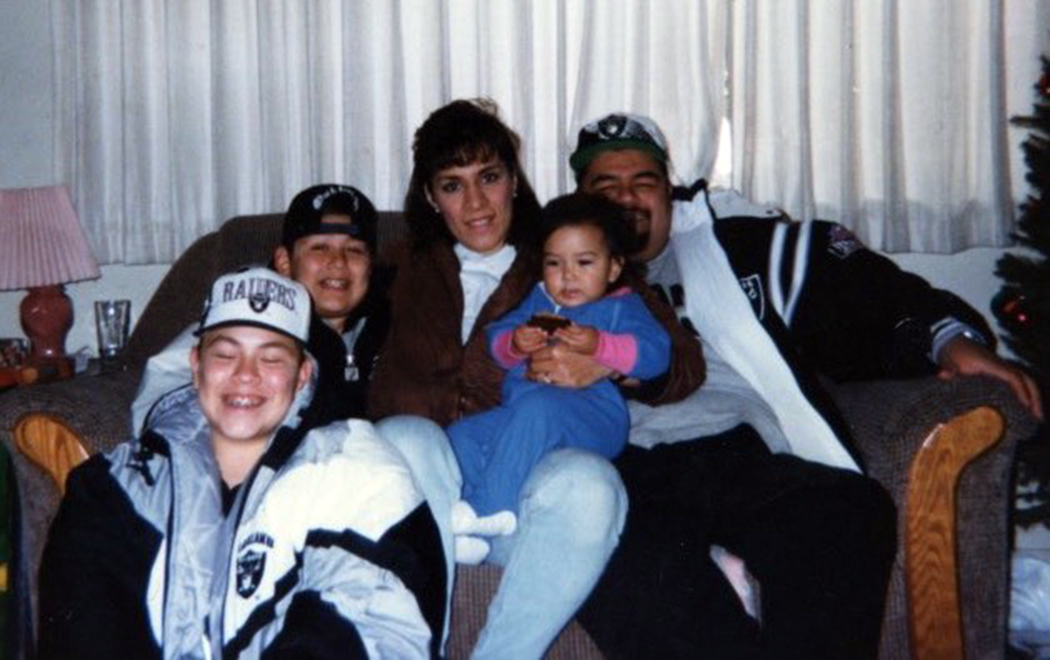 Whether we watched from our couch or at the Oakland Coliseum my experiences with the Nation was like a ceremonial rite of passage where we went from being children to men. If we were watching the game at my house, there was one rule, you left my dad alone until the game was over. To us it was interesting, to my mom annoying, and to my Dad his sanctuary of peace. For the most part he got his peace, if you call it that, I can still hear screaming at the TV as if we were actually there, “Ah come on f*cking Raiders!!! You gotta be kidding me!!! Another penalty this is bullshit!!” or “ YEAH!!! RAIDERS BABY!”

My dad worked the evening shift most of my childhood, so getting him up early on a regular basis for Sunday church service was like literally awaking a grizzly bear during hibernation season. My mother hated the Raiders for this reason, I often remember her saying, “if this were a Raider game, Ray you’d be up.” She was right, if it was the day before/of the Oakland Raider game, my dad turned into this other person, super focused and tuned to the game. Night before the game he would, have his ironed Raiders gear laying out, ticket in lanyard, various cuts of the finest meats organized in ziploc containers. If you were going with him, you’d better be ready to leave by 6am, if not he was going to leave without you, gladly. It was like he was planning for a vacation. He was on point for Raider tailgates, you couldn't help to just respect it.

Words can’t describe the Oakland Raiders game/tailgate. Imagine the Oakland Coliseum with thousands of screaming fans wearing Silver and Black chanting R-A-I-D-E-R-S!, R-A-I-D-E-R-S!. As a kid it was kinda weird, the experience of seeing grown people dressing up in pirate costumes outside of Halloween, people barbecuing in the a.m., the distinct aroma of marijuana, having to urinate in a giant trough standing side by side drunken fans, to watching fans curse and occasional fights with the opposing team. My dad has been the coolest social person at the tailgate. In the group of people my dad went to games with, he was the main person in charge of “Q-ueing” and almost like a unique tribe, that  made him the valued elected chief. 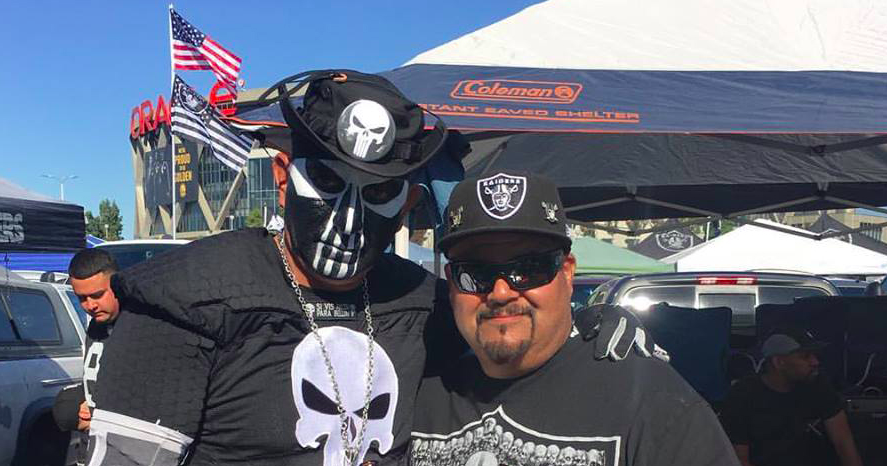 Moving back home after college I reconnected occasionally with my dad by going to Raiders games, but thinking the Raiders would always be in Oakland, I often passed on going. I thought this would be a tradition that I would eventually pass on to my children. I took it for granted. My dad told me a couple of years about this proposed deal of leaving Oakland, but I didn't take it that seriously. It didn’t occur to me that at 52-years-old, he had already seen the team he loved so much do this same exact thing going to Los Angeles in the 80’s.

It wasn’t until the recent media attention about the decision to leave Oakland did I realize that this was a possibility and after Monday a present reality. These last couple of days my dad and I reflected about what’s happened and he told me, “It’s like the owner ripped my heart out and stepped on it, twice in my lifetime. The Raiders belong in Oakland.”

I have one thing to tell the organization, you can take the team to where ever you want, but me, my dad and the community he represents will Forever be the Oakland Raiders.