Today is César Chávez Day and TODAY we walk out!

A father's commentary on why he and his son walk out on César Chávez Day in a city where he organized.

Today is César Chávez Day and TODAY we walk out! 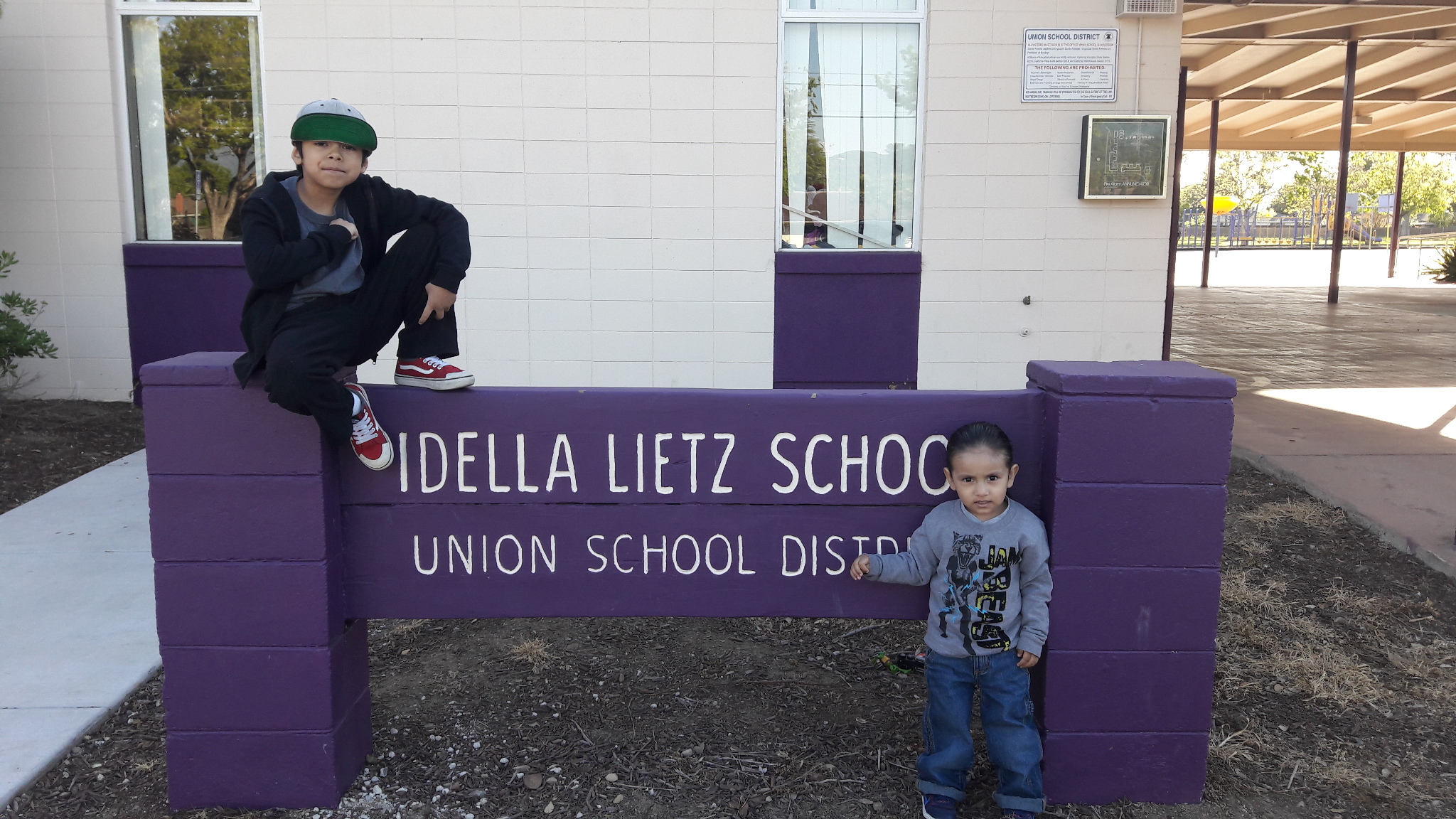 Jose's two sons stand in front of school sign before they walk out.

San José Public schools DO NOT observe César Chávez Day as a holiday, nor is César Chávez, United Farm Workers, or Chicano Studies a mandatory curriculum. Just a couple stops signs away from Lietz Elementary is a persevered orchard farm/field that's been here since Silicon Valley was known as the Valley of Heart's Delight, referencing the abundance of orchards. San José is also César Chávez's hometown where he began organizing. Coming from a family of computer factory workers and farmworkers, we made this city what it is today and demand public education that reflects our heritage here and people that look like us, specifically César Chávez! 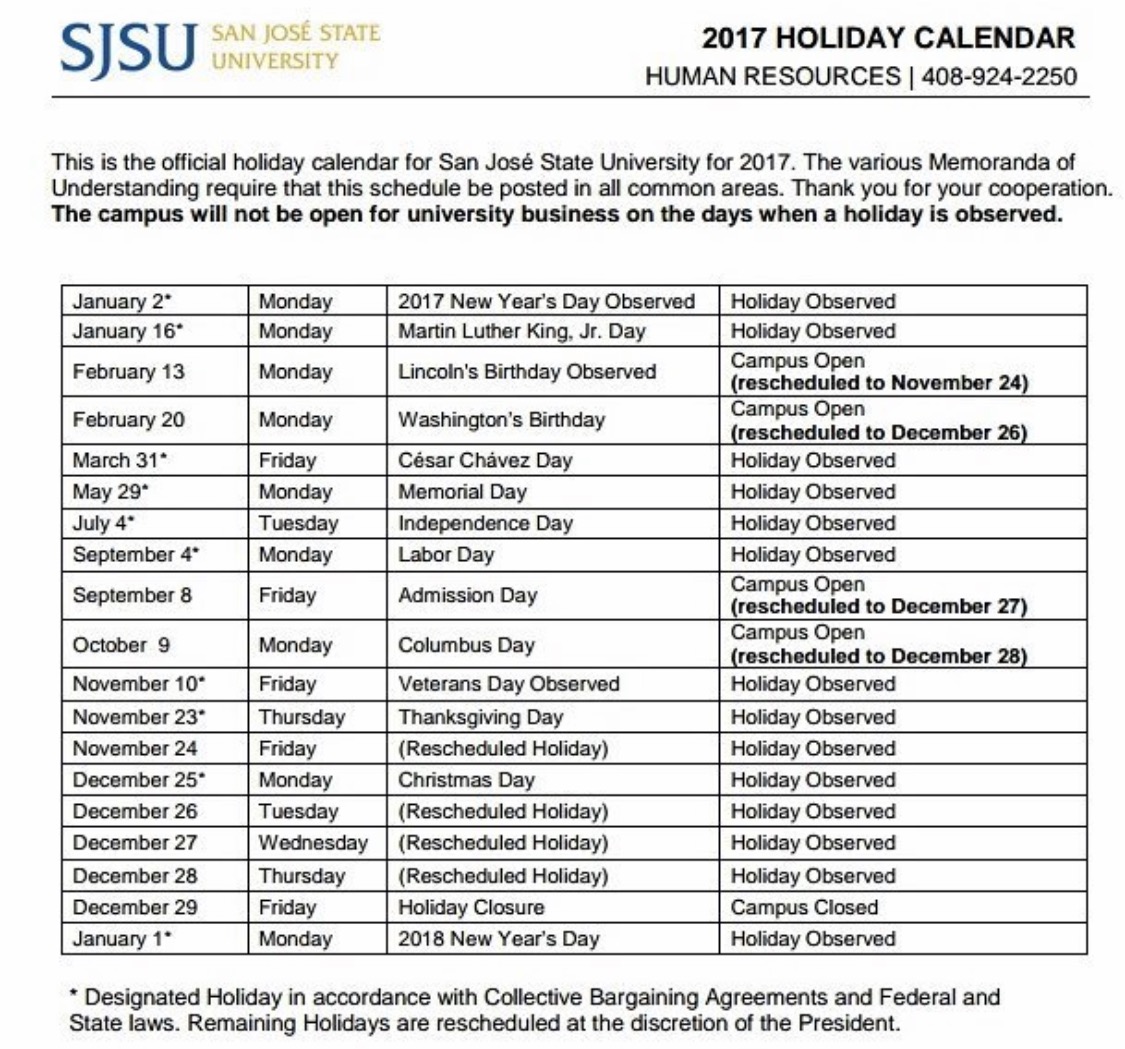 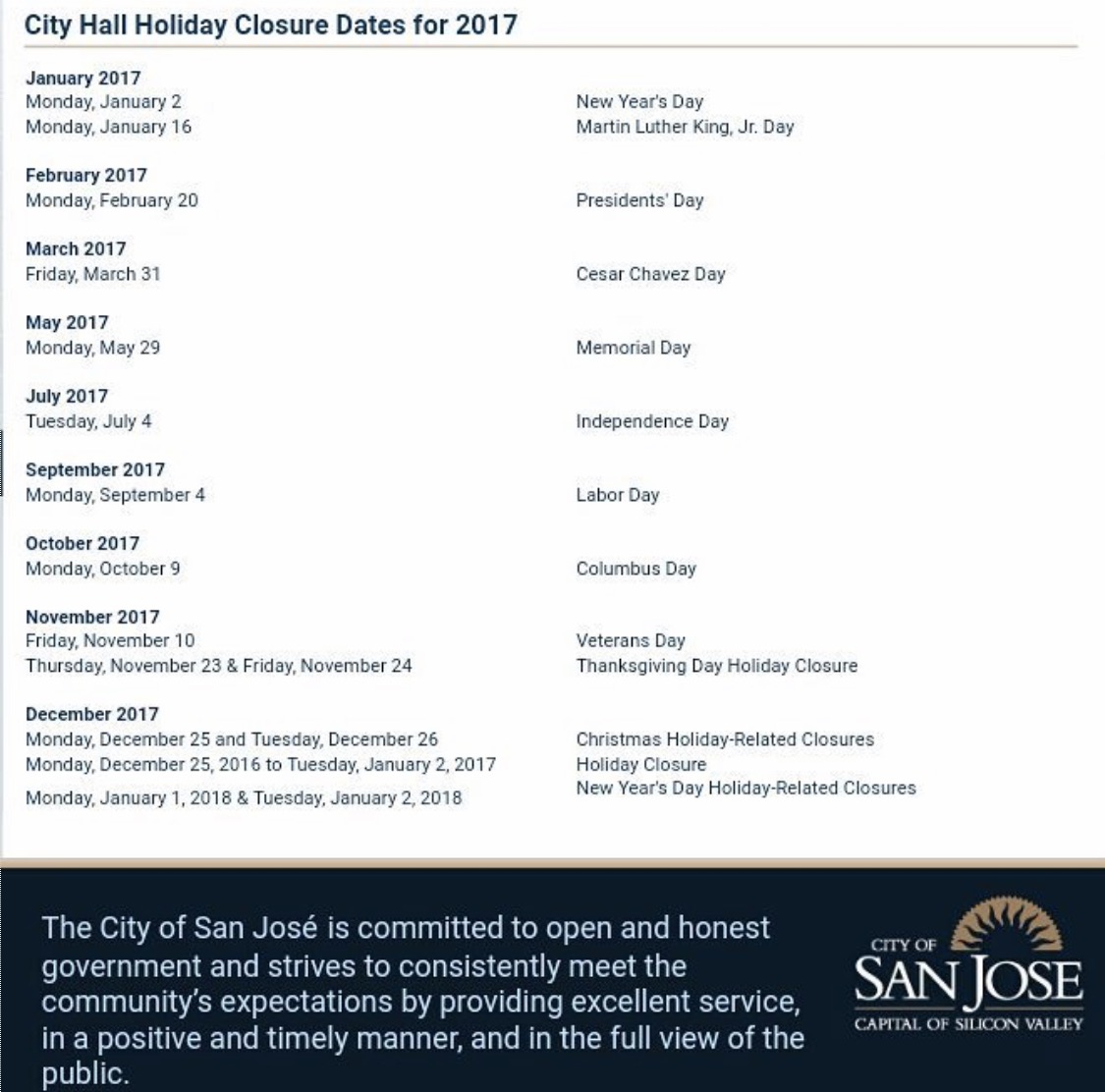 What's the use of our local city and county government as well as our State University and city colleges to observe César Chávez Day if our Public Schools don't? What's the use of Chicano Studies at San José State University, San José City, Evergreen or DeAnza colleges if our public schools do not have mandatory Chicano Studies curriculum? I guess our young Chicanitos will have to be privileged enough to attend college, or run for mayor before they can have the same rights and privileges to learn about their history and observe César Chávez Day. 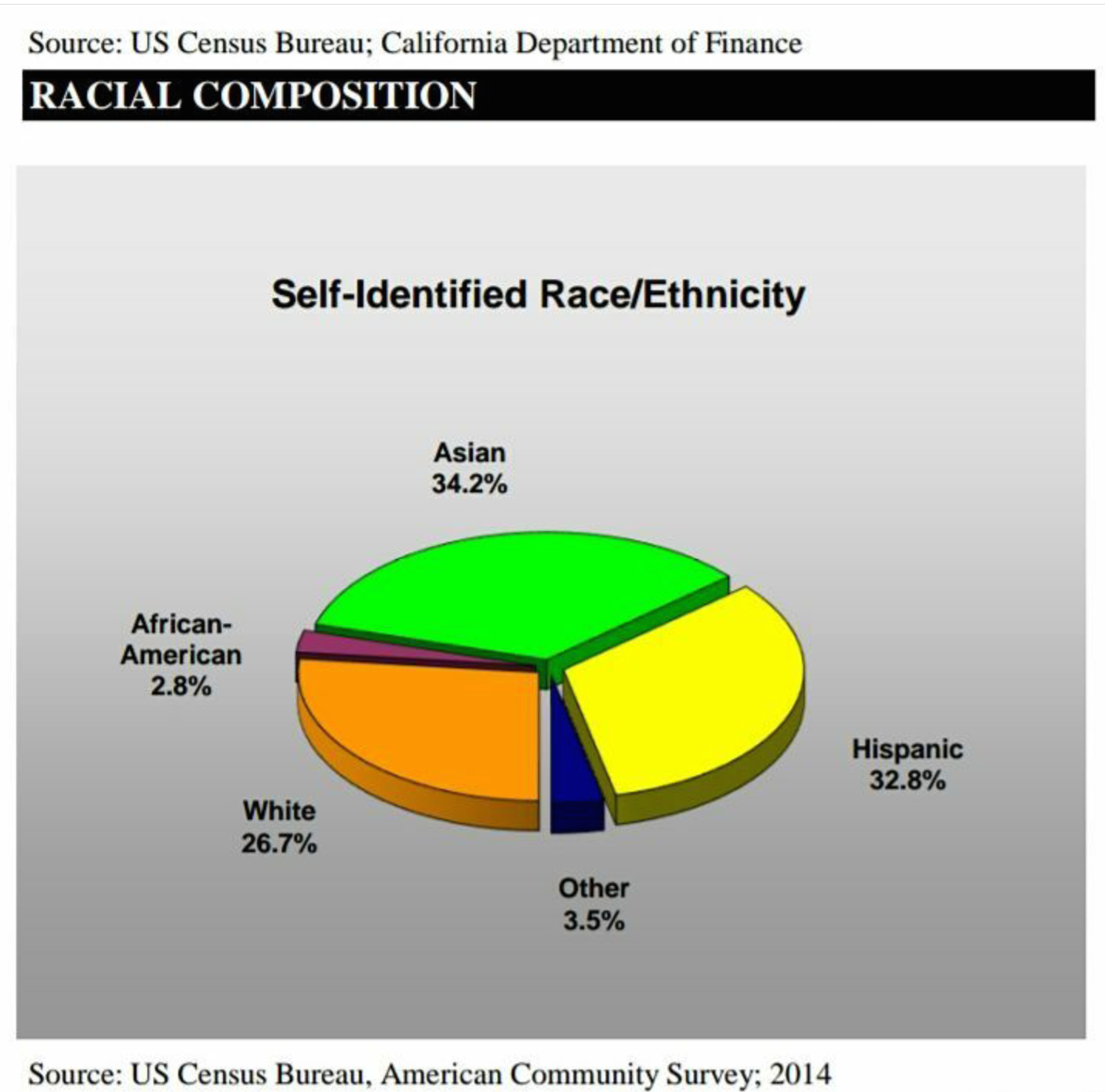 San Jo has had the largest population of Raza in Northern California dating back to the 1800's. San Jo also has the largest Vietnamese population in the USA. But where does that reflect in public education, public office or thru its investments in music, art and culture?

As my son explained why he is walking out his first grade teacher, Mrs. Frost, was confused and asked, "Who's Cesar Travis?" I assisted to clarify and mentioned we reached out and walked out last year for the same reasons. Although the teacher was cordial, she seemed more concerned about staying or coming back for picture day. Moments later, we met with principal Mr. Thomas, to explain and remind him of my son's reason for walking out, his response was, "Well, be sure to sign out at the front office to get credit".

It's César Chávez not Travis and if we wanted credit, we would’ve called Visa! 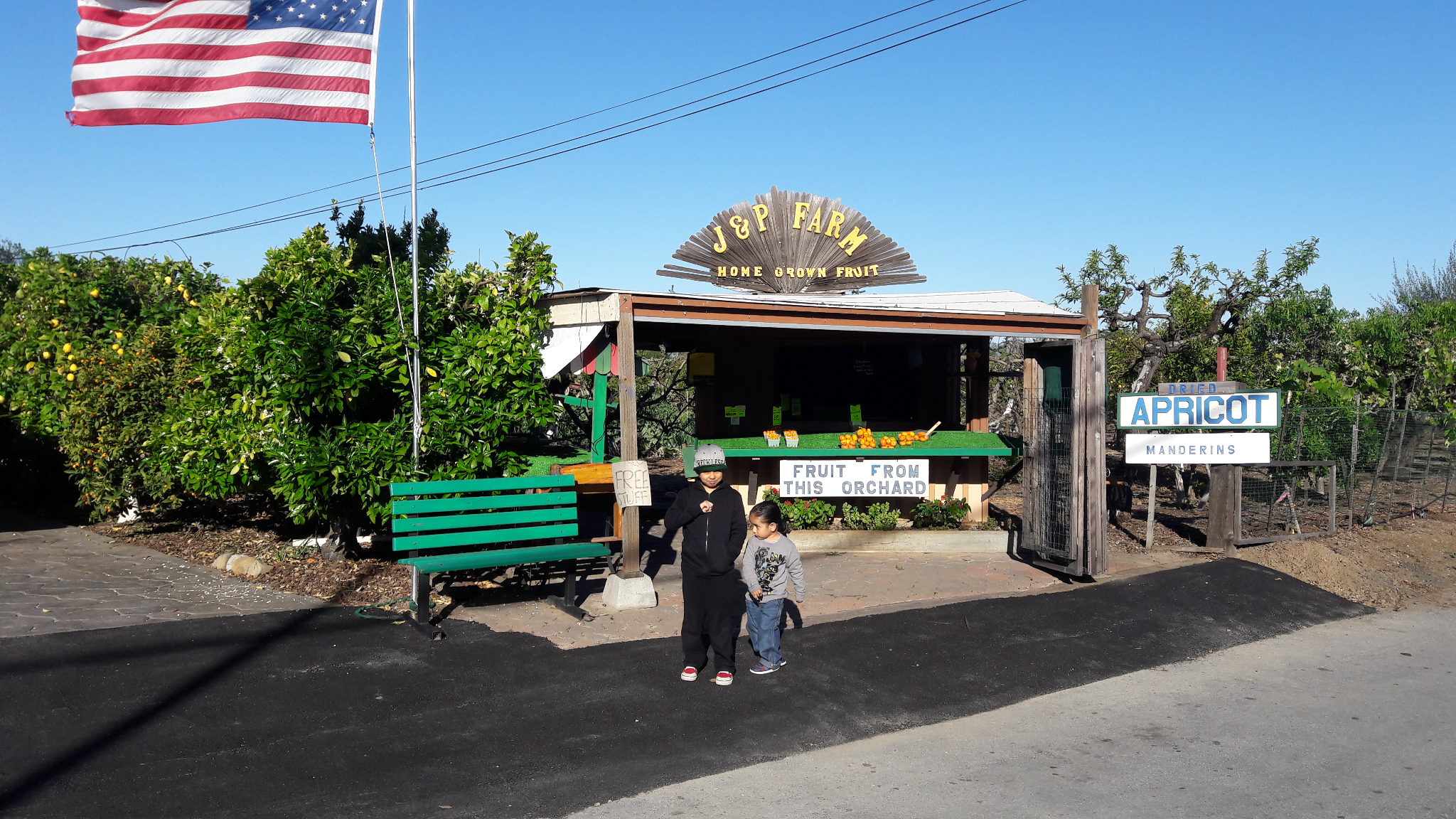 Father and sons visit local nearby orchard not far from school as reminder of where they came from.

For children, it’s hard to understand racism at such a young age. In addition it’s hard to understand not being with school friends, missing recess and picture day. Kids don’t see race as adults see race, and because their only concern in life is play, racism is almost impossible to grasp. But earlier this year my son cried when Trump became president and what he has said about Mexicans and the Mexican border. Even in first grade, children are adding Trump and racism to their conversations about video games, recess and toys. And so I explained why other civil rights and American heroes are honored in school yet contributions from majority people in California are not and how racism has impacted me as his father and his grandparents that came before him. So whether we change our public school system to observe César Chávez Day or whether I simply just plant a seed, our small sacrifice is worth it.