Eric Pritchard spent 21 years in the California Prison System. Near his 30th birthday he began to change the course of his life and thanks to a movement to reduce incarceration Eric can look back on one year since having walked out of prison and towards his greatness.

I never understood the word freedom, yet I fought years for it.

My journey in life started with constant abuse and torment which caused me to hate injustice, at least the ones done to me any way. This way of thinking got me a life sentence in the California State Prison system at the age of 14, and for the next 21 years, I struggled with the very idea of freedom -- this elusive idealism that seemed to have a complete negative hold on my life.

It took 15 years to finally wake up and see that I was the one keeping myself in chains. It was this realization that caused me to develop skills which would change my life forever. Little did I know there were a multitude of things that would help speed up this process. The development of State Senate Bills intended for juvenile offenders -- SB260 and 261 -- were the primary bills that helped me walk out of prison. Of course, my only true option was hard work and dedication to my own recovery.

It took nine years of education on recovery with programs centered on healing from a self-help point of view like AA, NA, and substance abuse treatment to fully understand the potential for real change, not from the world around me, but from that which existed inside of me. I prefer to refer to them as self-abuse treatment. As the saying goes, if drugs were the problem, then we could just lock up the drugs and we wouldn't have any problems. Unfortunately, we as human beings have consistently shown the flawed nature within.

"...it took changing myself completely
to see that freedom was indeed real and obtainable. It only took for me to change my perspective on what I believed freedom to be."

The truth is, in my experience, I was the problem. And it took changing myself completely to see that freedom was indeed real and obtainable. It only took for me to change my perspective on what I believed freedom to be. After years of serving my fellow inmates as a group facilitator and co-facilitator of a substance abuse program, I understood that freedom comes in the value of the things we place in our lives. And with that knowledge, I lived by the metaphor that I always asked my groups to hold -- which is; how do you eat an elephant? One bite at a time.

Finally, after serving 21 years on a six years-to-life sentence, I was given a date to be released, not just a grant of parole but an actual date! September 29, 2016. My heart fell to my feet and immediately, I understood that life was now real.

The days leading up to my release were nerve wrecking. Everyone, more excited than me, asked how much time I had left, what I was going to do, what the first meal would be? It all began to be a bother and for a small moment, I revisited that self-doubt and thought could I really make it? I instantly remembered the metaphor and I calmed down. Getting out was the first problem and solution. I couldn't do nothing from prison, so why stress?

On September 28th, I was filled with anxiety and fear. I tried to excuse it as nerves, but it was fear. I had fallen once before in this world and I couldn't see myself doing it again.

September 29th finally came, and the day started off bad. I didn't receive a parole ducat from the assignment office and thought to myself -- what’s wrong now? Lucky for me, the officers were not interested in helping me and, so I just had to wait and see what would happen. I wanted to scream, to escape, anything that would help all the feelings going on in my heart and mind to dissipate.

At 10 am, my cell door finally opened, and the officer called my name.

“Yeah,” I called in response.

“You’re going home,” he said, “...and that’s bad news for us because we’re losing one of our programmers.”

I ignored the obvious slight as these officers had a reputation for saying “no” to everything. It didn't matter much to me. I jumped off my bed, prayed with my roommates, and smiled the whole way to the R&R room where for the first time in 21 years, I put on real clothes, my own clothes! I sat there and smiled numb from the inside out, telling myself no matter what I will make it and stay determined.

As I walked closer and closer to the electrified fences, my heart beat against my chest and I felt like I wanted to cry and laugh at the same time. It was amazing when I reached the final step out of prison. "Last pat down," the officer at the gate said.

The first step of freedom was short lived as a van was waiting inches away. I got into the van and did not look back.

My mother once told me if you never want to see the places you've been, then don't ever look back when you leave, so I faced forward with my cheesy smile and new clothes.

I drove from that van to another that took me to a residential substance abuse program in San Jose, California. The ride was awful because I got motion sickness. I hadn't ridden in a car in 21 years and it wasn't long before my head was spinning. Four to five stops later, I finally pulled into the driveway of my new living arrangement.

I know I left out what the world looked like to me but honestly for most of the ride, my head was down, and my eyes covered so I didn't really get a good look. Just a couple of colored trees and new cars and my stupid smile.

When I finally got out of that car, it took about 10 minutes for my head to stop spinning. But when it did -- wow what a beautiful sight. I stopped, walked up to a tree and ran my hand over the bark. The feeling was amazing and empowering as it touched the tips of my fingers. It felt… well barky. It was rough against my fingers and I thanked God for the pleasure. I picked up a leaf and crumbled it in my hand. I had thought of this simple thing for years and now it was finally true.

In the background, I could hear the intake staff gathering all my information for placement and cursed the idea of that never forgiving part of life. Without any restraint, I walked up to the program staff and introduced myself. I had no insecurity. I knew who I was, and I would never place myself below anyone ever again.

As I experienced their orientation process, I laughed to myself, but only because I had done this very process with hundreds of clients while working as an orientation clerk in prison. I filled out my papers with ease after they informed that I would be able to call home because countless members of my family and friends had already contacted them inquiring about my stay there.

The first person I called was my mother and the pure joy in her voice almost brought the professional staff and I to tears. My greatest fear while in prison was not being there when my mother passed away. I did not know how I would survive or if I would even want to and on those hard days in my journey of getting out when my old thinking and nature would rear its head I would think of my mother and nothing else would matter. 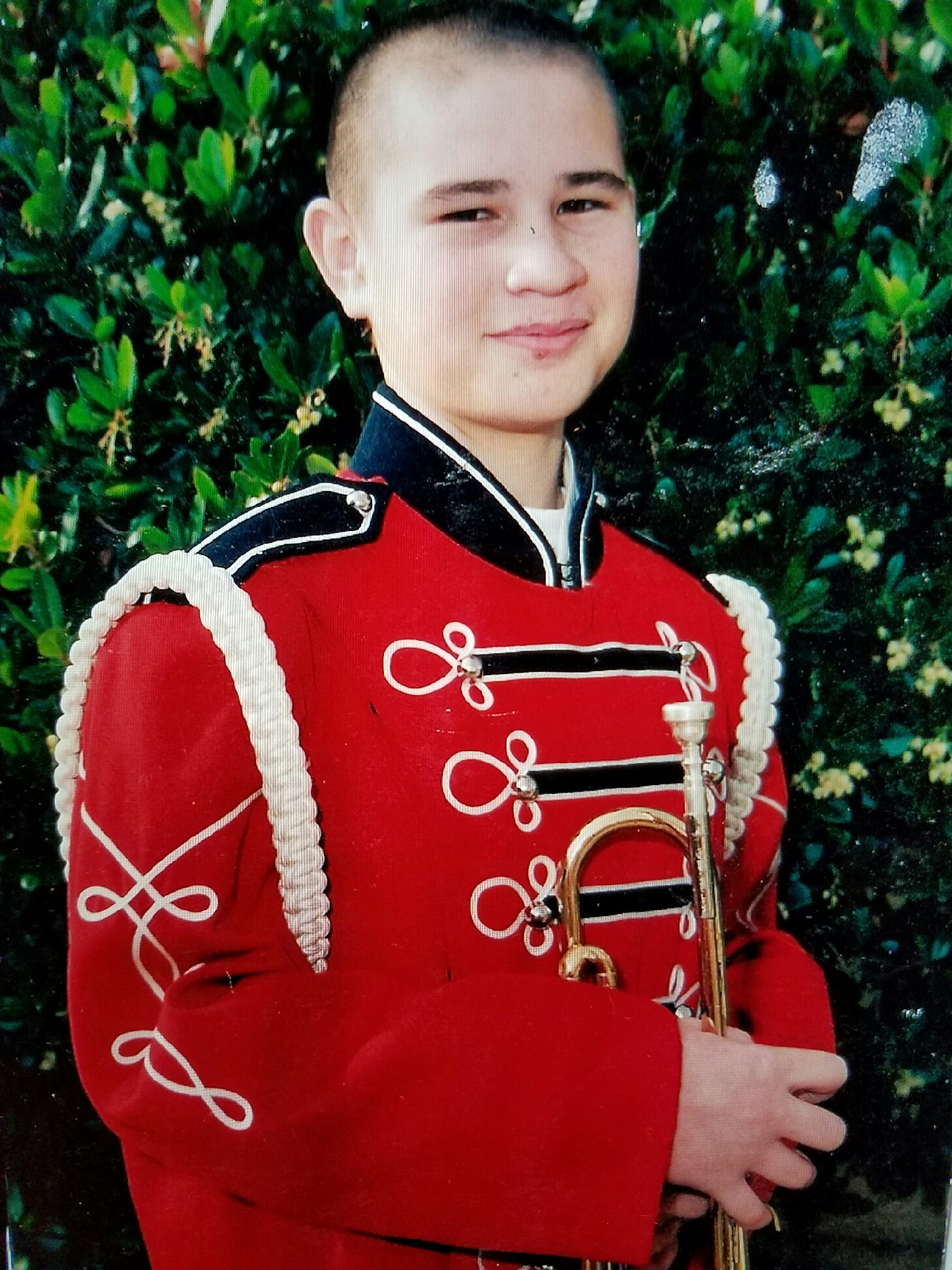 Eric at 13 years old in his band uniform.

I will be honest. The process in which freedom was given did not present an easy task for me as many of the people supervising me had never dealt with an ex-lifer before and were not fully prepared for the things I needed. Nevertheless, the personal moral value and ethic I created while in prison allowed me to excel at everything I set into motion in my life. I quickly got my California ID, a job, and a bank account -- all things I had never had before.

One of the most touching moments of my freedom came in relation to my touching of that tree bark on my first day of physical freedom. A friend and I were talking, and she was sharing how unhappy she was with her life. I stopped her as I saw that she was reaching a level that was going to become hurtful to her.

“Where we going?” she asked.

She came with quiet anticipation. I led her to one of the trees in the surrounding parking lot.

“Just touch the tree,” I said, “and I will tell you.” She touched the tree.

“No, I mean what did it feel like?” I questioned.

“Don’t you get it?” I asked, “This tree has substance. It is alive and has texture to it.”

“The point is,” I said, “this tree is something that helps us every day, yet no one ever notices this tree, until one day someone comes up and touches the tree and makes it feel appreciated. We are trees, we go through our lives and for a lot of us, no one notices us. We may be alone though we are completely surrounded but then one day someone comes along and touches us, and everything is different.”

“This,” I said, “is the opportunity we are given every day to touch someone’s life in a way that will allow them to feel alive.” 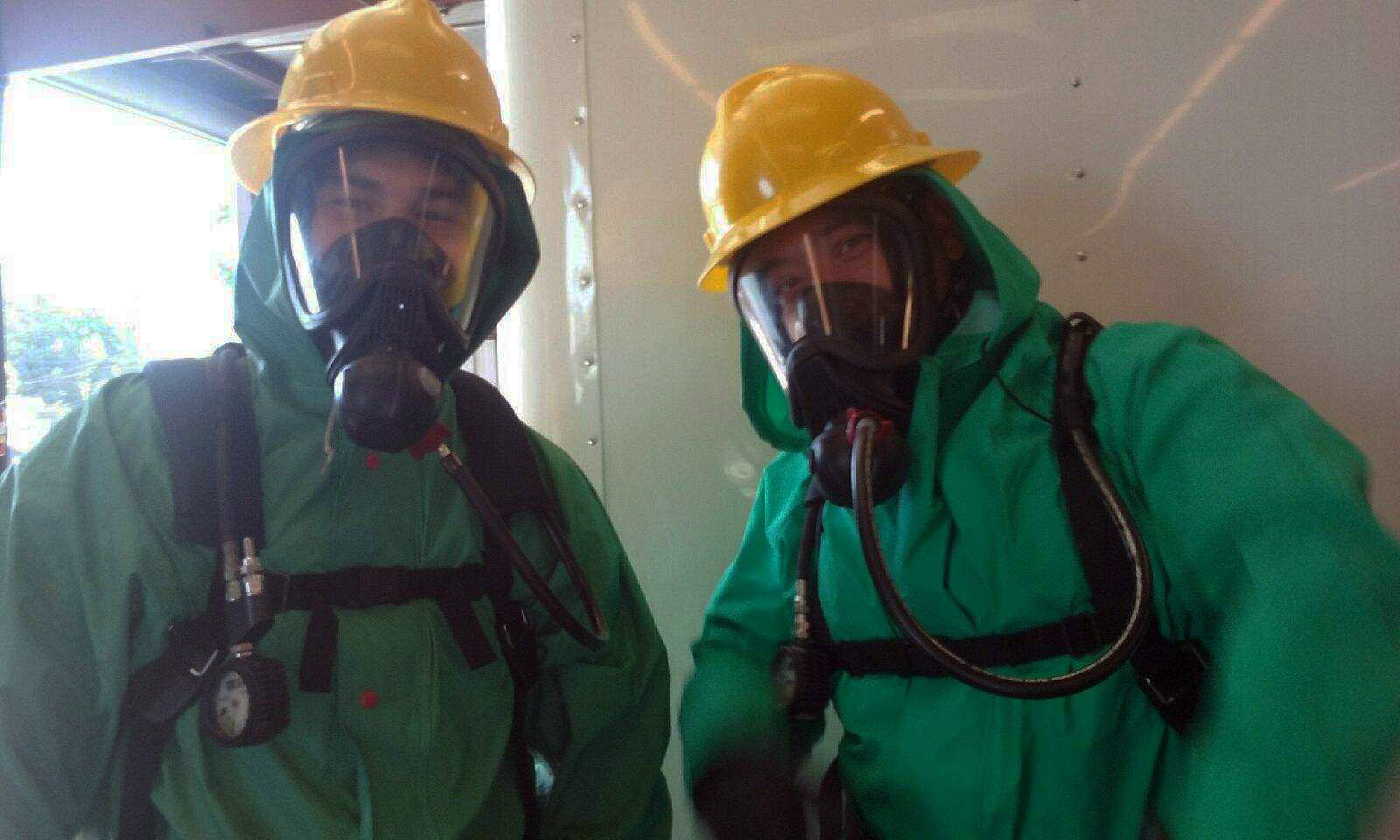 It has been over a year now that I walked out of prison and I can say in all honesty that the world is a beautiful place. I have had to work very hard with very little help, but it has only proven to me that I have the capabilities to survive in the same world I left -- but with a different mindset. Today, I have a car I paid for myself, a job that will become a career for me, and even bigger dreams, something I have not done in a very long time.

I encourage everyone to realize that we are capable of greatness but usually fear intercedes and distracts us from the truth. All we need to do is step outside of the norm and touch a tree or become a tree in order to help someone reach freedom. The first prison I was ever in was the one in my head.

Related Media:
I Earned My Freedom from Prison, And Now ICE Wants To Deport Me
My First Chance at Changing the System for California Youth
They Call Me An Inmate Firefighter