Worldmaking in the Time of Climate Change

We joke now that the world is going to end and that we should either live it up or do nothing at all. One writer, confesses feeling useless in the face of impending doom, but he doesn't feel that way anymore. This is what changed and how he is dreaming and exercising new worlds in the face of climate change.

Lately, I've become accustomed to the way
The ground opens up and envelopes me
Each time I go out to walk the dog.
Or the broad edged silly music the wind
Makes when I run for a bus...

Things have come to that.

And now, each night I count the stars,
And each night I get the same number.
And when they will not come to be counted,
I count the holes they leave.
Nobody sings anymore.

In the looming threat of climate change and the inescapable threat of mass suffering, I tell myself, "If this won't move the needle forward, then why even do it?" Writing and organizing must always have some kind of functionality for me.

There was a time before when I was without all the rattling noise that comes with critical analysis. I envy the younger me that was much less obsessed with output. Now I catch myself continually analyzing everything to smithereens; I hardly get to enjoy what I create. I try to not be such a fatalist with things, especially with life in the time of climate change. I actually believe myself to be some kind of optimist. The human spirit is a beautiful thing, but that doesn't mean it will save us all.

I suppose I am more of a tragic realist with a nagging need to rationalize everything. I was raised by perseverant people, and with perseverance comes a lot of forgiveness and the ability to reject better judgment at times. If I don't trust in the ability of people to change or the capacity for compassion, then I fear there is no point to it all­ – because that would suggest others are not allowed the grace I give myself or that we can’t trust in the ability to do better as a species. I do believe we can be a tremor in the fog, the hope that someone else is there beyond the unforeseen. We can be the dreams that our ancestors imagined us to be so very long ago.

The human spirit is built masterfully with the ability to imagine new worlds and endless possibilities, however we cannot separate critical analysis from social movements.

While I explained to a friend my panic over climate change and how it immobilizes me, I learned about this term called "the McGuffin." It was apparently created from the mind of Alfred Hitchcock. It is as far as I can tell, entirely made up. Hitchcock uses the McGuffin to describe the linchpin of his stories. It is what makes the story's character interesting. The motivating force behind the narrative. It is not the motive; it's the situation or event that lies behind the motive.

My solution at the moment to climate change was to avoid it and maybe get a reusable produce bag and a glass straw. I know the source of our collective dark cloud is unchecked corporate accumulation and industrialization, but these little things make us feel like we are at least in control of one part of our lives. Anyway, so my friend explained that in a show like The Walking Dead, they use the Zombies as a McGuffin. He said if you took the zombies out of this post-apocalyptic brain-eating world, you'd just have people living their lives in similar ways we do now. Without zombies, it is only a sitcom dealing with interpersonal problems and regular human interactions. I left the conversation confused as hell and honestly didn't digest it all until later that night while I was alone planning the next meeting for a community reading and discussion group I was organizing with others. It hit me all at once and really illuminated the future for me.

The way the media bombards us, Armageddon is easier to accept than the end of capitalism, which is, in my opinion, no McGuffin. It is what is killing us. We assume the Armageddon we hear so much about will be a sudden occurrence full of flames and mad max style fools cruising on modified Teslas. When in actuality, Armageddon has already reached so many. Internationally, industry and the endless accumulation of capitalism have rendered entire regions unlivable with many people living in extreme poverty. I assumed what the McGuffin analogy was meant to represent was that if you removed the fear of impending climate change catastrophes, you would see that we would still have to live in it and some after it.

What does that mean? How will we do that? Likely we’d live in similar ways we do now, but hopefully a bit different. We will still sing happy birthday to our sisters, we will keep falling in love, carrying on with normal human behaviors regardless of acid rain. This is not to say we ignore the problems or not try to restore social stability. Like Robin Kelley noted in his book Freedom Dreams, we must practice world making now so we will have a better grasp on how to work together better in the future.

The light I see in all this is that you don't just fight injustice because you believe that you will win, or it will end. You fight because it is unjust, and in the swell of your heart, nothing can bait you like bullying or fascism or the throes of death. Now, when I organize or write, I think this is no waste of my time, for an eternity lasts in the moments of creating. There is life in every minute of liberation. In the face of bleakness, there is still reason to do things that liberate the individual and others. We still have to live, so how will we live?

I like to think of what worlds I want to create or what practices in world making I'd like to encourage and share. For when the changes come, as they will and do, we will have some kind of a better way of living in community with one another. I find optimism in knowing that I will continue to fight to build a future that is built upon the imaginations of something better than what we have now.

Living in an Atomized San Jose

During the past summer, there were in-depth discussions between friends centered around recurring events and subsequent statements made about gentrification and displacement. The atmosphere in San Jose has felt eerie. As our claim to this city we love slips from our hands, the community we fight for seems more atomized than ever.

Not necessarily the end of the world but we noticed a trend in the conversation being steered into a defensive point. A significant portion of the arguments was decentered from the powers taking our agency and focused inward as a question of language accessibility.

Miscommunications through word choice can cause antagonism between peers because language can at times create a feeling of class separation. And simultaneously, language accessibility is used as a weapon against us as well in the way that gentrifying forces utilize particular language to pacify the people and tiptoe around us.

We questioned, in making statements against oppressive forces, how much of it is actually received, read, or understood? The heavy use of terms may not be as accessible to the majority of folks affected by the topics. This is an issue under constant scrutiny that we should actively engage and revisit often. If these tactics are not critiqued and transformed accordingly, then the work becomes more extractive than helpful. Statements without action, without real-life discussion, increase distrust, and people feel as though the comments are more accusatory and correctional than necessary.

It sometimes seems as though resistance efforts in San Jose are in competition with each other for visibility or fighting to prove their validity. A massive problem with the left is our trouble organizing as a collective force. Regardless of politics, there are people's lives at stake, and we must pass the bucket to one another to reach this burning house.

I believe that although it is essential to keep things as accessible as possible, we also should not discount the ability of others to learn. Do not assume that folks from the hood don't read or that education can only happen within the institution. We must have a fair understanding of both points of view and approach contextually with each situation.

After a few conversations, we asked ourselves, 'what can we do to make the language more accessible?’ Our solution was to engage in topics through a book club. The hopes were to be more than just a typical book club. To be a space that demystifies previous conceptions of what education or intellectualism is. The goal was a swing at mutual aid in the way of taking the discussion out of classrooms and into the community so that we could ease the feelings of distrust and grow a stronger resistance to displacement. The primary objective was to learn about subjects that can be tough to digest alone. We discussed the text as a group in hopes of a democratically run, peer to peer learning/teaching space as opposed to a top-down learning method. The aim was to open up space for all to become less intimidated about peer to peer community discussion strengthening collectivism.

A goal like this is always larger than life feeling. When choosing to be action-oriented towards what you feel is worth fighting for, you find that life's most meaningful moments are in love and resistance. You optimistically want all collective endeavors to be an exact revolutionary moment. As earth moving as you imagine it in your head, it is good practice to be realistic and clear about your intentions. Take inventory of your capacity for flexible changes in plans. These types of things require trust, and to build trust, you must remain consistent, which is hard. In a time where most are in a rush to consistently arrive, it is difficult to focus and enjoy the space between departure and arrival. A good rule to follow when organizing is that each stride will likely not be as well attended as you imagine, and that is not something to get discouraged about. The people in attendance are the most influential in the world at that moment, and what you are building may not be ax cuts in the structure of oppression but splintering pieces.

This San Jose reading and Discussion Group was part experiment in world-making. Our declaration was to create spaces that foster more horizontal learning methods and building equitable communities here in San Jose and ripple beyond that. We believe that education is a collective endeavor, and we are in it for the long haul. The group saw declining numbers leading up to the end. We may not have hit the mark of communal education or knowledge accumulation that we envisioned. But, knowledge is built through practice, and the beauty of resistance struggle and community engagement are the accumulation of little moments. We learned where to grow and where to ease up, it is all a process. In a far off future small things like this could have larger effects on how we view each other. Not in an algorithmic reduction of the self, but really seeing each other as infinitely complex. We are as much a part of each other as we are to the earth. This is just one example of world-making what is yours? 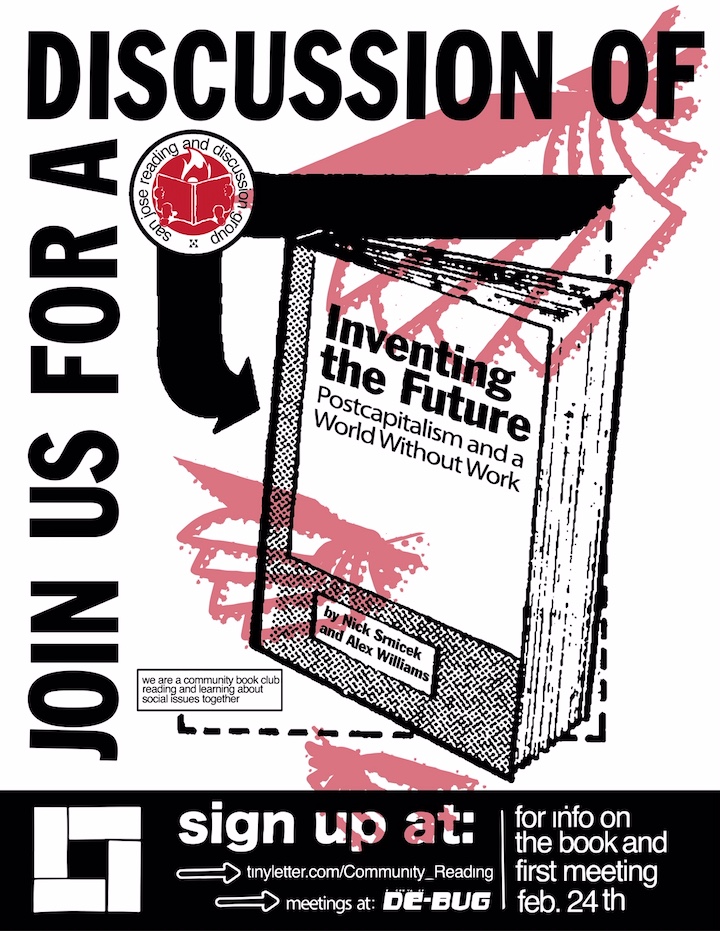 Related Media:
Existence Should Not Be A Reason to Grieve
Border is Not Just a Word
How Sisterhood Took 10 Years Off A Prison Sentence 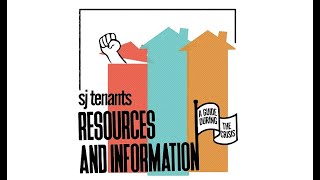 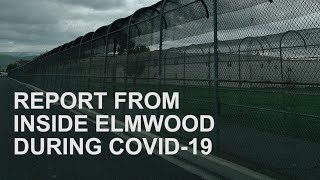 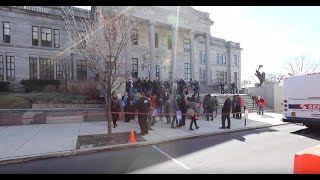